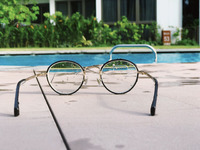 Recently, a person asked me, "What are your theoretical and methodological underpinnings?". Although I have an answer, sometimes it is difficult to make it explicitly, and that is an hint that you have to work on this topic.

My theoretical underpinning -- the lenses that I am looking through  -- is the expansion of the role theory in the field of sociotechnical systems. The term "role" has a long tradition. The 2 paradigms "symbolic interaction" (e.g., Mead, 1934) and the "functionalistic perspective" (e.g. Linton, 1936), try to explain the relationship between the individual and society, between a person and the system. The functionalistic approach suggests the existence of objective structures which determine the individuals' behavior. In contrast, the symbolic interaction approach emphasizes that roles are formed on the subjective will of the actors. Today, we know, both influence each other.

This is described in detail, for example, in

An advantage from the theories is that this view on roles is helpful to explore patterns of group interactions within sociotechnical systems/networks - the actors, the group and the system/network are parts of that theory. The advancing of the role theory explains the co-construction of knowledge by social actors situated in roles in socio-technical systems (e.g., online communities) - the role serves as a mediator between the social actor and the social system/network.

A role consists of

A role is not a static phenomenon, it is rather a social-constructed formal-informal negotiation of actors and systems influencing each other, and has a historical body.
I call this dynamical structures of roles.

It is important to know that my thinking is influenced by the sociotechnical approach for example, read Herrmann, Jahnke & Loser (2007) "Socio-technical Walkthrough (STWT): a means for Knowledge Integration".
I add to this approach the pedagogical and didactical dimension and call this sociotechnical-didactical approach. This is useful to further the understanding on the use of technologies in education, how they are (not) adopted, in what ways, best practices, and to what extent learning objectives by the teaches and student's learning outcomes benefit from new technologies (e.g., mobile devices, iPads, Androids).

The expanded role theory combined with the sociotechnical-didactical approach informs designers and practitioners in learning settings (for instance, TEL, CSCL CSCL@Work, learning at the workplace).